South Eastern Sydney Local Health District has a new Chief Executive with Tobi Wilson saying he is excited to take on the new role after a challenging but rewarding two and a half years as General Manager of Prince of Wales and Sydney/Sydney Eye hospitals.  He commenced in the Chief Executive's position on 29 April, 2019.

“My priority will continue to be ensuring our frontline staff are supported to provide the best patient care outcomes across our district,” Mr Wilson said.

“We have a strategy in place that is probably one of the most progressive in healthcare across Australia, and with the support of the Board and the Executive I am focussed on ensuring we are accountable for delivering on and implementing that strategy.”

Mr Wilson took on the role of General Manager at Prince of Wales and Sydney/Sydney Eye hospitals in 2016 after a stint as Chief Operating Officer at the Southern Adelaide Local Health Network, where he also spent time as the interim Chief Executive Officer.

His extensive experience in executive and senior management roles also includes two years as Chief Operating Officer at the Royal Melbourne Hospital. He started his career in the health sector as a physiotherapist in Adelaide, but said he felt more interested in the bigger picture.

“I felt I would be better utilised in a management role where I could focus on improving how the system works to make it easier for the talented clinical teams to provide excellent care for our patients.

“I am a very values-driven person which is what initially attracted me to the role of General Manager at Prince of Wales and Sydney/Sydney Eye hospitals. I wanted to be part of driving organisational and cultural change to realise the potential of the Randwick Health Campus to be a world class health and education precinct.”

Mr Wilson said he is most proud of the significant shift in culture that has commenced across Prince of Wales and Sydney/Sydney Eye hospitals resulting in frontline managers being empowered to make decisions regarding their local areas and how this in turn supports better care for our patients.

“I’m also really proud of the progress around the Randwick Campus Redevelopment and our closer partnership with the University of New South Wales as a result. It’s pretty rare in health to see such a close alignment of priorities between universities and hospitals and that makes this redevelopment project unique and exciting.

“As always, my priority will be empowering frontline managers to provide the services they need. This includes how I, and the broader executive, can work to facilitate that," Mr Wilson said. 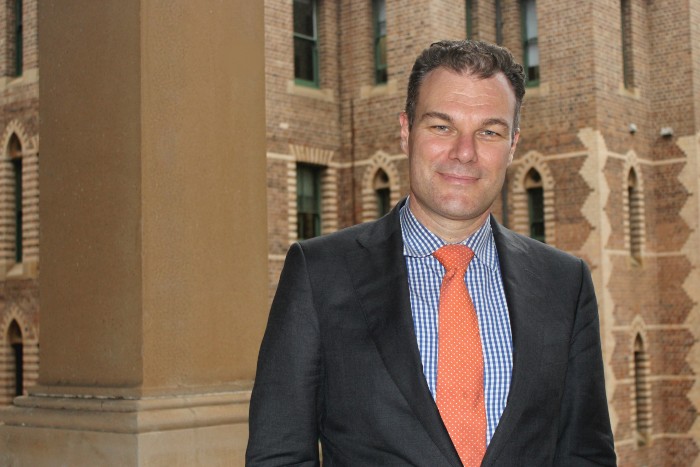